Mr. Runnicles was born in Edinburgh and was educated there and at Cambridge. Following a season with the London Opera Centre, he began his career in Mannheim, Germany as a répétiteur, and spent summers assisting in Bayreuth to further immerse his Wagnerian disposition. He spent those early years guest conducting throughout the German repertory theaters and orchestras. In 1988, he made his North American debut conducting Berg’s Lulu at the Metropolitan Opera, jumping in for an indisposed James Levine. In 1989 he became General Music Director in Freiburg, Germany where he remained for three seasons.

In 1990, after two Ring cycles at San Francisco Opera, he was asked to be its Music Director, and began the appointment two years later. Since then, he has conducted at leading international opera houses, orchestras, and summer festivals including Bayreuth, Salzburg, Glyndebourne, Tanglewood and Ravinia. Long associated with the city of Vienna, Mr. Runnicles has conducted many titles and performances for the city’s famed theaters and orchestras, including Wiener Philharmoniker, Wiener Symphoniker, new productions of Parsifal, Billy Budd and Die Tote Stadt at the Wiener Staatsoper, Vienna premieres of The Fiery Angel and Lady Macbeth of Mtsensk at the Volksoper, and most recently a new and acclaimed Vienna premiere of Benjamin Britten’s Death in Venice at the Theater-an-der-Wien.

Mr. Runnicles’ extensive discography includes complete recordings of Wagner’s Tristan and Isolde, Mozart’s Requiem, Orff’s Carmina Burana, Beethoven’s Ninth Symphony, Britten’s Billy Budd, Humperdinck’s Hansel and Gretel, and Bellini’s I Capuleti e i Montecchi. His recording of Wagner arias with tenor Jonas Kaufmann and the Orchestra of the Deutsche Oper Berlin won the 2013 Gramophone prize for Best Vocal Recording, and his recording of Janáček’s Jenůfa with the Orchestra and Chorus of the Deutsche Oper Berlin was nominated for a 2015 GRAMMY award for Best Opera Recording.

Donald Runnicles is a recipient of the Order of the British Empire (OBE) and holds honorary degrees from the University of Edinburgh, Royal Scottish Academy of Music and Drama, and San Francisco Conservatory of Music. 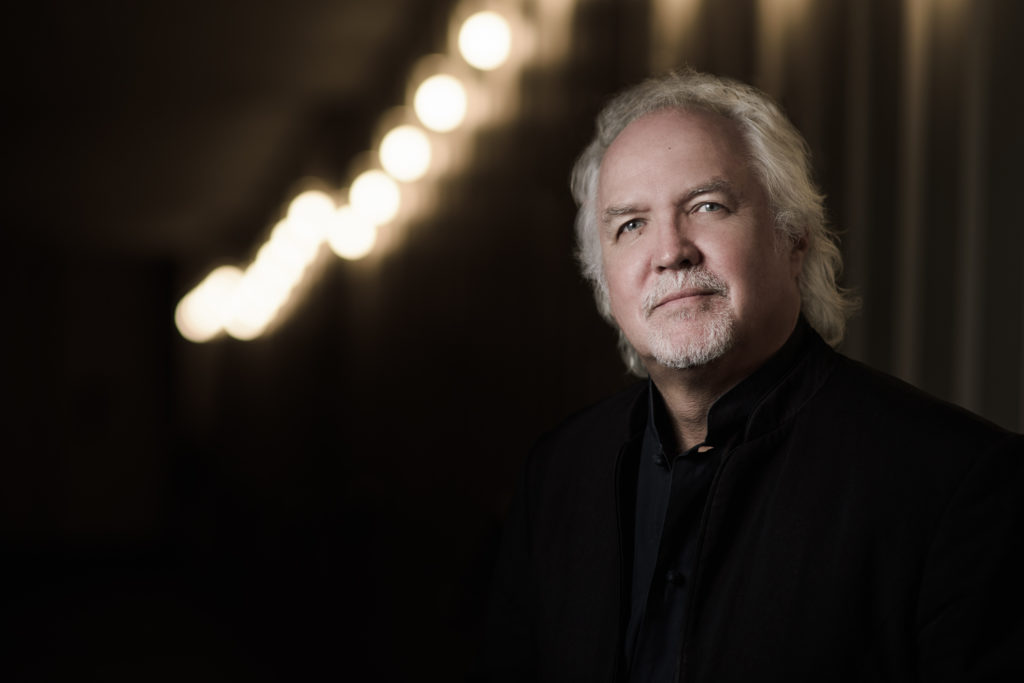 The man and the music

Conductor Donald Runnicles is the General Music Director of the Deutsche Oper Berlin and Music Director of the Grand Teton Music Festival (Jackson, Wyoming), as well as the Principal Guest Conductor of the Atlanta Symphony Orchestra. He was recently named Conductor Emeritus of the BBC Scottish Symphony Orchestra, having served as its Chief Conductor from 2009-2016. Maestro Runnicles enjoys close and enduring relationships with several of the most significant opera companies and orchestras, and is especially celebrated for his interpretations of Romantic and post-Romantic symphonic and opera repertoire which are core to his musical identity.

As General Music Director of Deutsche Oper since 2009, Mr. Runnicles has primary responsibility for the musical forces of this historic company which produces each season an average of twenty-five productions and more than two hundred performances. 2019-20 season highlights include the premiere of Das Rheingold as part of an ambitious new Ring Cycle extending through 2021, as well as a new production of A Midsummer Night’s Dream, which continues Runnicles’ Britten cycle at the house. He also conducts seven revival titles and brought the company to the Edinburgh Festival in a performance of Manon Lescaut. Runnicles also returns to the Toronto Symphony and makes his debut with the New Zealand Symphony Orchestra, in addition to his regular concerts with the BBC Scottish Symphony Orchestra, Atlanta Symphony Orchestra, and Sydney Symphony Orchestra. 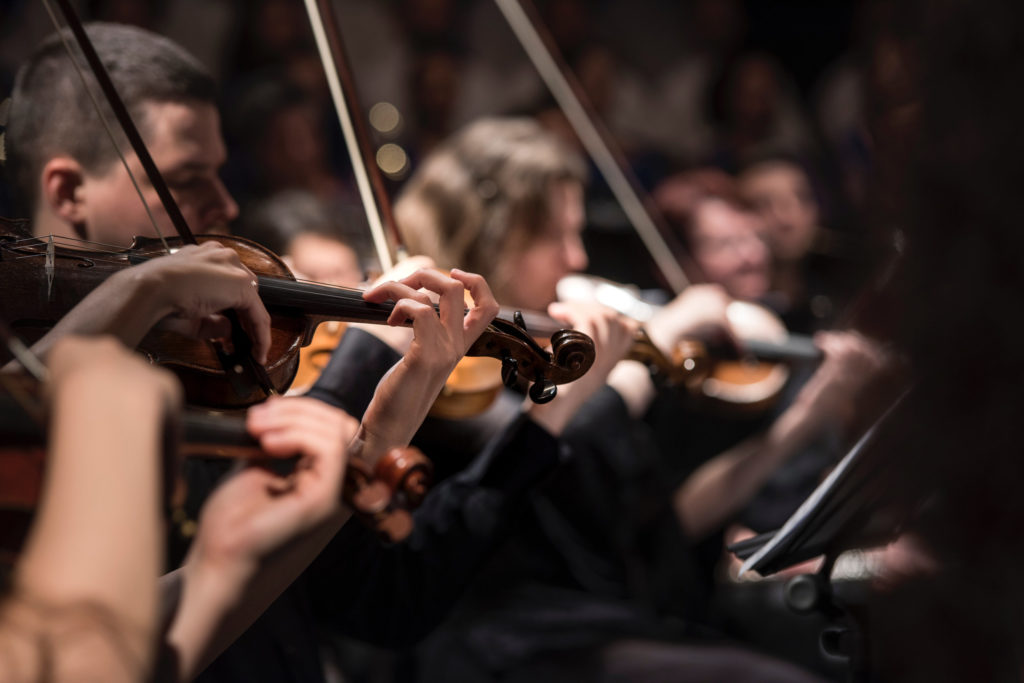 Born and raised in Edinburgh, Mr. Runnicles literally returned home to take up post as Chief Conductor of the BBC Scottish Symphony Orchestra in September 2009. His final season as Chief Conductor culminated in a triumphant closing concert of the 2016 Edinburgh International Festival season with Schoenberg’s Gurrelieder. Through its BBC Radio 3 broadcasts, commercially released recordings on the Hyperion label, and acclaimed concerts at home and on tour at the BBC Proms and throughout the UK, the BBC SSO/Runnicles has become one of the best known and most successful orchestra/conductor partnerships in the United Kingdom.

His Atlanta Symphony association began with a 1999 guest engagement and quickly matured into an abiding musical relationship of ever-increasing depth and accomplishment. The ASO named him Principal Guest Conductor in 2001 at the same time as the appointment of current ASO Music Director Robert Spano. Together, they have shaped an era for the ASO defined by a rare symbiotic partnership and musical growth that the ASO has not seen since the time of Robert Shaw. He spends three weeks each season in Atlanta, and after over a dozen years of making music together, has explored all corners of symphonic and choral repertory.

Mr. Runnicles has been Music Director since 2005 of the Grand Teton Music Festival, which draws its musicians from many of North America’s top orchestras to the natural beauty of the Grand Tetons in Jackson Hole, Wyoming. He leads four of the festival’s seven orchestra weeks, and directs and participates as pianist in the many chamber concerts, recitals and other activities the festival offers to its local public and visitors who flock to Jackson and nearby Yellowstone Park in the summer.

Beyond his annual commitments, Mr. Runnicles is active in symphonic repertoire and guest conducts some of the world’s finest symphony orchestras. Though fully engaged with four titled positions, he finds time to maintain regular guest relationships with the Berlin Philharmonic, London Symphony Orchestra, and the Philadelphia Orchestra, with whom he took on their 40th anniversary tour to China in June 2013.

For seventeen seasons Mr. Runnicles was Music Director of the San Francisco Opera (1992-2008). During his tenure, he led more than sixty productions including the world premieres of John Adams’s Dr. Atomic and Conrad Sousa’s Les Liaisons dangereuses, as well as the U.S. premieres of Olivier Messiaen’s Saint François d’Assise and Aribert Reimann’s Lear. At the close of his tenure, he was awarded the San Francisco Opera Medal, the company’s highest honor, previously given to luminaries such as Leontyne Price, Marilyn Horne, Plácido Domingo and Sir Charles Mackerras. Prior to the 2017-18 season, Mr. Runnicles had returned to the SFO in June 2015 to lead a new production of Berlioz’s Les Troyens. 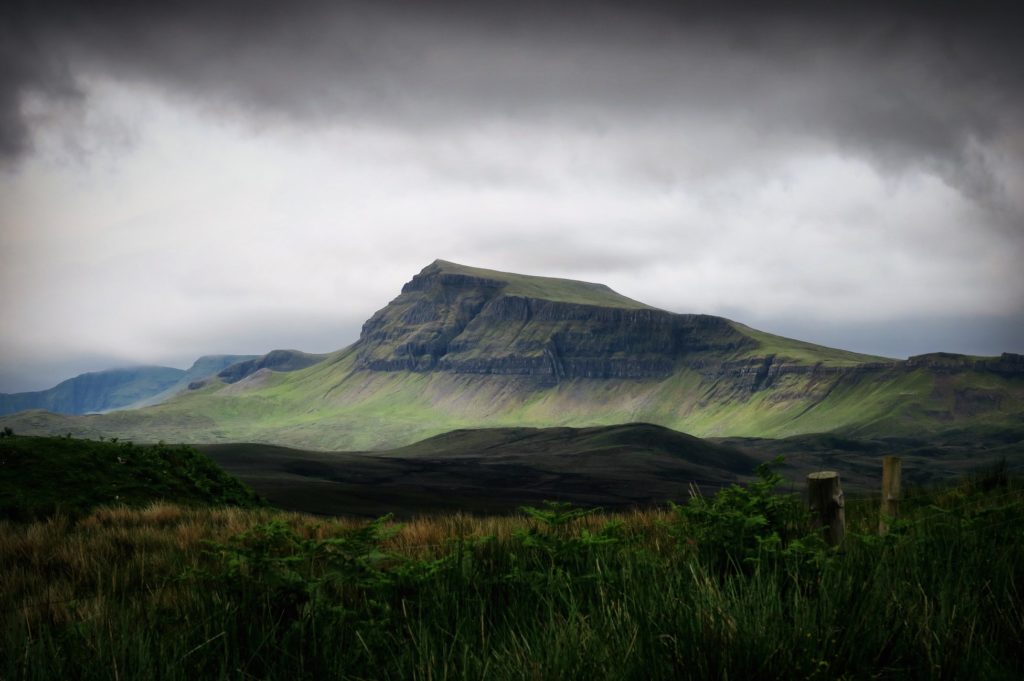 The unforgettable performances (…)
marked one of Scotland’s proudest periods in orchestra history.
The Guardian